In January my partner and I bought an EV. At the time it was predicated on several things:

On the other hand, though:

The real kicker was the MOT so we did our research and finally made the jump. I’ve tweeted and spoken a lot about driving an EV in the last year, so this can be considered my uber guide to how it’s going. I think it’s important to note this is an honest account, and my ownership of it is a bit niche. Take it with a pinch of sugar - I’m expecting most of the issues I have will disappear once I get my home charger.

Our car is a 2014 Nissan Leaf acenta. What that means in real terms is that we probably average around 80 miles of range on a full battery, averaged across the whole year. In summer it can last us up to probably 100, maybe a little more, in winter, it’s probably more like 65-70.

How do you charge your car in a flat?

I could honestly go on all day about charging infrastructure and how much of a pain it is to low range EVs, but this is chiefly because our charging set up is…doable but bad.

When we first brought the car home on around the 3rd of January 2020, my partner took our long extension lead and dangled it out of our third floor bedroom window, by unwinding it all and then slowly lowering the power end to the ground. Our parking space is right next to our window, so we plug the 3 pin power plug that comes with the car into that. 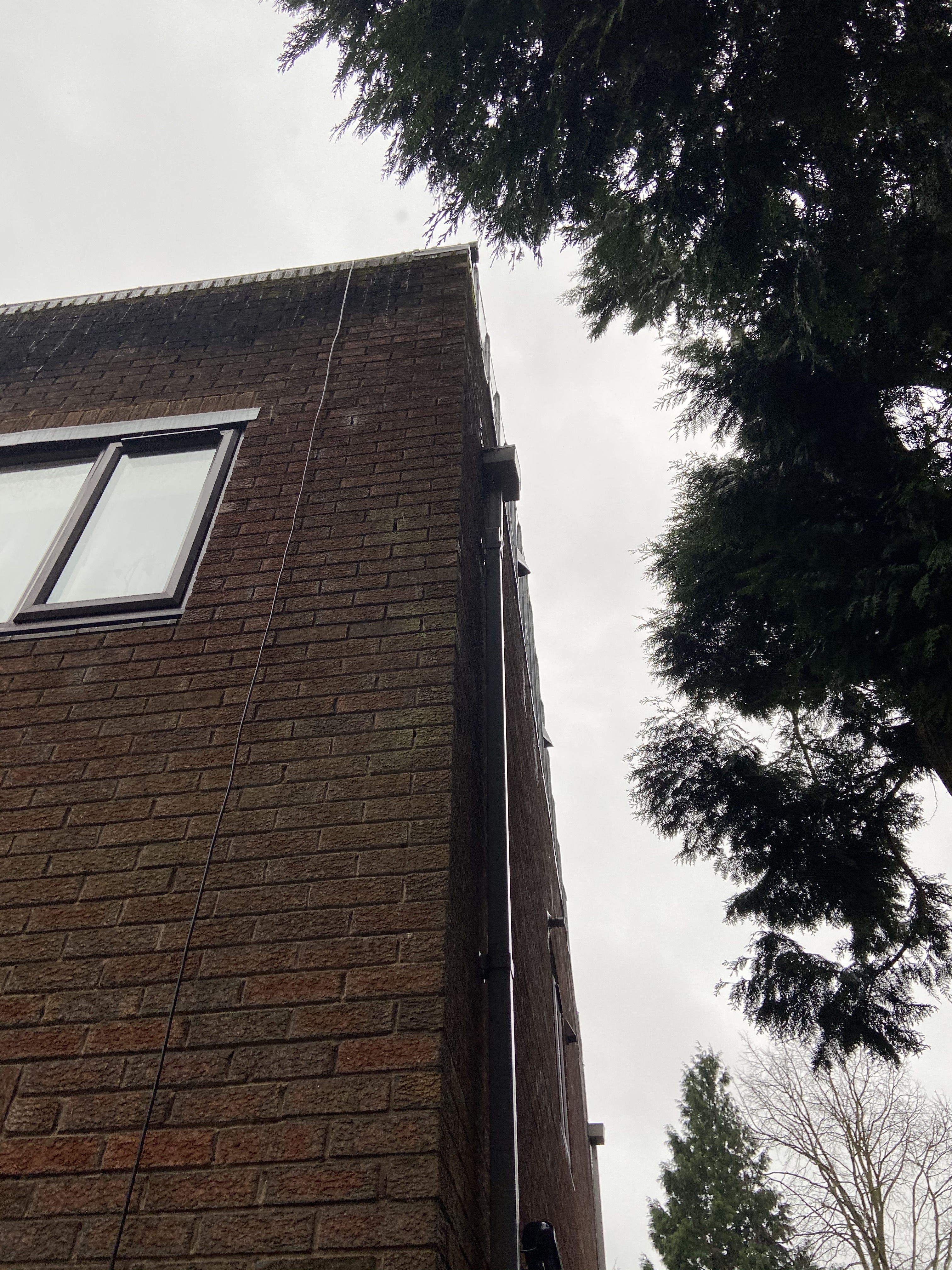 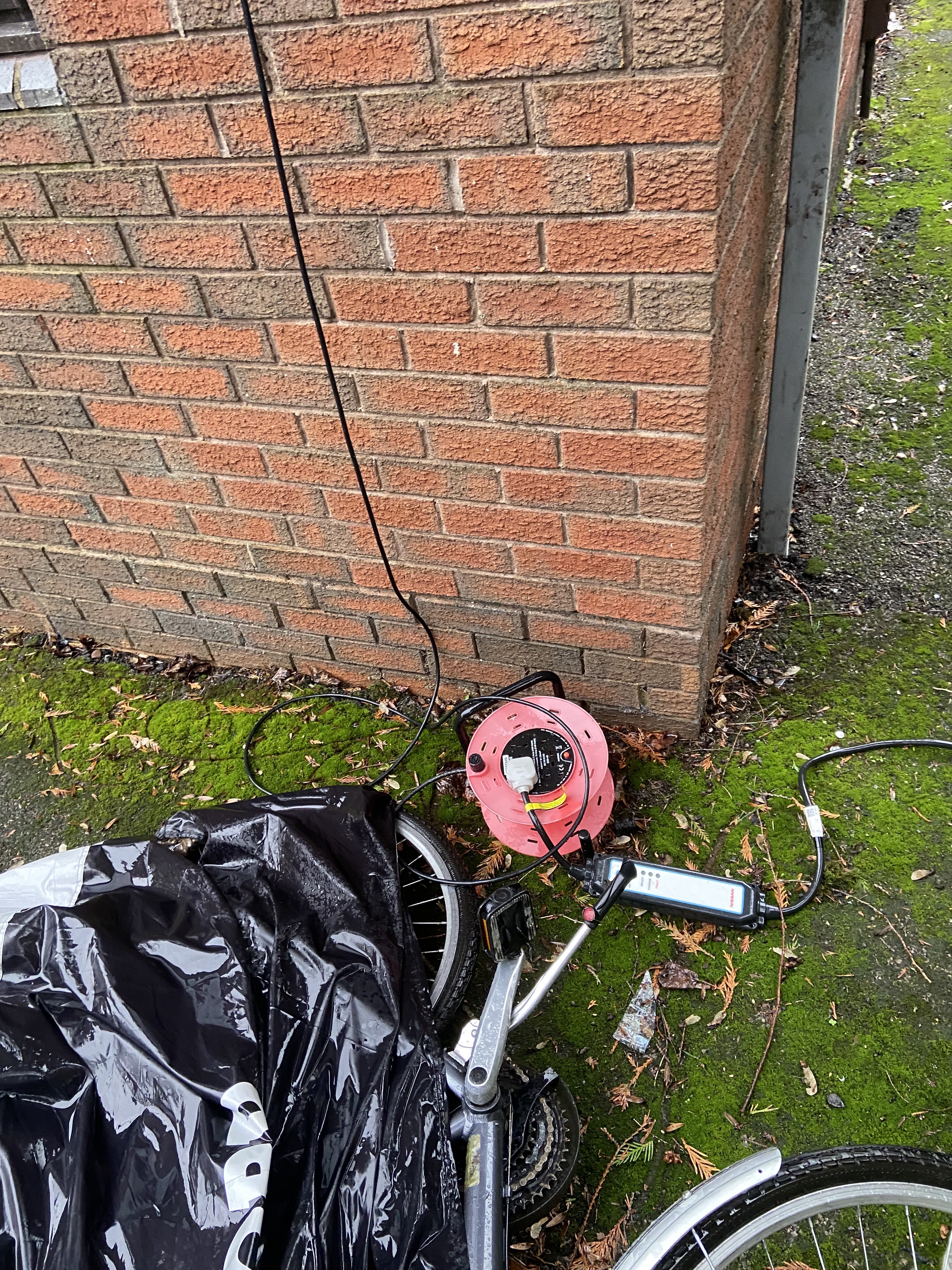 I said “ok, but that’s only for emergencies”…a year later and this is our main form of charging it up. We typically use it a lot less in winter and get caught short more times as a result, since this is all dependent on leaving a window open overnight when it’s freezing cold, and our flat doesn’t keep the heat in with the window closed.

Over the summer we had a memorable experience of finally arriving at a charger with 0% battery, because this system broke - some builders had thrown the cables down onto the ground, the plug head broke off and though we teetered on with the pins barely holding onto the plug, one day I unplugged it and one of the pins was left in the plug socket. What followed was a day of house viewings which means a lot of driving, with one of the final viewings being in Biggleswade which for some reason does not have a rapid chademo charger.

“Why can’t you install one?” - typically chargers are installed on houses where your electricity (and yours alone) is accessible from the outside of your house, and you own the house. We live in a leasehold 3rd floor flat, so here’s problem number 1.

“What about lamp post charging infrastructure?” I have yet to see this materialise anywhere in the UK. Even if it did, to use a lamp post charger we’d need to get a permit, which the council would be hesitant to give us one as we already have parking available with the flat.

“Couldn’t your landlord get one installed?” leasehold means that the ground outside is owned by the leaseholder, and thus your landlord has limited power. In order to install one, you’d likely need agreement from all of the landlords in the block and the leaseholder, and somehow convince people to chip in for it to be installed. It would also likely need to be a somewhat public charger rather than plummed directly into our flat’s electrics which would probably be a pain to arrange.

It’s this sort of issue I would love to see local councils or the department for transport work to address. Charging at home is just so much more convenient and makes it so that your car can be ready for you the moment you need it.

We actually managed to get to January 2021 before we ran out completely and were not at a charger at the time. This was due to 2 broken chargers on the way back home, with no more chargers following the broken ones until we reached home.

It turns out what happens when you run out of charge is nothing happens when you press the accelerator. This is not the same on all EVs and out of charge actually still should leave you with a bit of juice in the battery to ensure the life of it, which I believe you can activate if you twist the correct lever on the car (which we didn’t figure out at the time).

“So, what do you do?” Well, you can’t take a jiffy can to the fuel station and pick up just a bit. You can’t tow it, because this might damage the car’s motor. So your breakdown company should either bring you a generator, or put your car on a low loader and take it to home or the nearest charger, whichever is more doable. If you happen to be near a house at the time and have an extension lead and your 3 pin plug, you can also knock on a door and hope they’ll help you out, which is what we did :)

As I mentioned, range is variable depending on a number of factors, and to ICE car drivers, it will look dauntingly low. I remember turning up at my parents house and proclaiming that I had 18 miles to spare, proudly, and my family looking at me a little strange.

As the year has gone on we’ve got more and more trusting of our car’s range, and in summer we’ve typically allowed ourselves to go down to 5-9 miles range (about the time where the car starts to tell us we’re on very low charge) before feeling it was time to charge.

How we plan for this very much depends on the journey, but pretty much all of them involve getting in the car, checking the range against the distance on google maps, and making some decisions:

Typically both of us are going, so there’s not usually a need to plan more extensively than eyeballing PlugShare, which is the main app for seeing where the EV chargers are. If I’m travelling alone and going on a long distance (well past my car’s range), I will typically:

Moving slowly is better than not moving at all

I mentioned that one of the reasons I have wiggle room charge is in case there’s a queue. If there’s a car at a charger, I don’t know how long they’re going to want to take - it could be anything from “just juicing it up a bit to make it the last couple of miles” in which case it will be minutes, to using the max amount which is more like 45 minutes. There will usually be another charger nearby within range, so we are better off moving on than waiting around for them to finish if we can.

Something else to note is that EVs will charge up to 80% in 20 minutes and the final 20% takes another 20 minutes because science. This means that any calculations beyond the initial charging stop should assume you’re charging to 80% not 100%, because you could be spending that 20 minutes moving a few miles further on.

The cases I’m discussing here are edge cases, and the vast majority of our journeys are fun despite some of the sacrifices. Here are some things I think are great about making the switch:

I talk a lot about EVs in an honest way because I know very few people who own one. I can probably count them on one hand. If you don’t know anyone who owns one, you don’t have any experiences to read or people to ask, so you may assume it’s impossible for you to make the switch. I’m here to advocate because I’ve enjoyed this journey and it suits my lifestyle, but I acknowledge that some people will not be able to make it.